I am a visually oriented music composer: Devi Sri Prasad 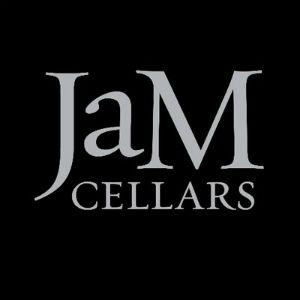 “I had heard about the orchestra and its rich history as soon as I arrived in Atlanta about seven or eight years ago,” says Bhasin. “It’s not just about the programming and community outreach that they have successfully engaged in over the years. They also have a record of collaborating with top soloists over the past five decades.

Bhasin is quick to observe that his enthusiasm for the orchestra extends far beyond its repertoire and into its wider impact on Dekalb County. “I believe that communities like the Atlanta metro area, like DeKalb County, need cultural institutions in a community setting that prioritizes accessibility alongside artistic quality,” he says. “Those are the things that interest me the most in this phase of my career.”

Born in New York to a Puerto Rican mother and an Indian father, Bhasin grew up in a household that, while centered on music, focused less on the Western classical tradition and more on the diverse offerings of his homeland. parents. “It wasn’t exactly Beethoven or Brahms or Mahler,” he says. “It was more Punjabi devotions, salsa music and traditional Latin music.”

The multiculturalism of Bhasin’s house went beyond music and into the realms of language and spirituality to become a fundamental holistic experience to shape its course of life. “I think it stuck with me when I was a kid,” he says. “It struck me that there are many different paths to careers, to connecting with your community around you, to language, even the arts.”

Bhasin took up the trumpet in college, where he developed an affinity for the instrument’s abilities for jazz and classical. After a high school musical career full of competition and educational opportunities, Bhasin found himself studying orchestral trumpet at the University of Michigan and Northwestern University. It was at this time that he began to study orchestral conducting.

As much as Bhasin learned to love conducting, he felt a call to education. “As much as I enjoyed playing and conducting orchestras at festivals and some of the more traditional paths of classical orchestral musicians, I discovered that I enjoyed teaching and creating knowledge through research, composition and arrangement. “, he says.

Bhasin found that all of his diverse interests were best explored and applied as an educator, a realization that would lead him to his first faculty position at the University of Wisconsin-Green Bay.

This higher education-focused career eventually landed Bhasin into his current position as Director of Orchestral Studies and Director of Undergraduate Research in Emory’s Music Department.

Bhasin chose Symphony No. 2 in D major, Op. 43, for his audition with the Dekalb Orchestra, finding that his story and tone matched the current moment of cautious optimism in which the world finds itself emerging from the pandemic. “Sibelius’ first symphony was extremely dark and he was going through a very difficult time personally,” says Bhasin. “You can hear in his writings that he went 180 degrees away from the first symphony in terms of the levity of the second symphony.”

Yet Bhasin points to a more intimate reason for making Sibelius’ Second Symphony his first concert piece with the DeKalb Symphony Orchestra. “It’s fun and challenging to conduct, of course, but it’s also very rewarding to perform for the musicians,” he says. “It’s idiomatically enjoyable and rewarding to play all the instruments. And it’s also nice for the audience – the rhythm, the duration, the solos, the melody, the rhythm. It’s the kind of song that sticks with you long after you’ve heard it, and a lot of people I know who aren’t big symphony fans will have more than one recording of it.

This eye toward selections that reward all parties involved is clearly supported by Bhasin’s keen awareness of the intellectual and spiritual needs of those he educates. He speaks with a measured and thoughtful but still cheerful tone that shows how important this balance of interests really is to him. His appointment as conductor bodes well for the DeKalb Symphony Orchestra and its increasingly enthusiastic fans.

ArtsATL (www.artsatl.org), is a non-profit organization that plays a vital role in educating and informing the public about the arts and culture of the metro Atlanta area. Founded in 2009, ArtsATL’s goal is to help build a sustainable arts community contributing to the economic and cultural health of the city.

If you have any questions about this or other partnerships, please contact Senior Director of Partnerships Nicole Williams at [email protected].

The Story of a Spy Web Series Review