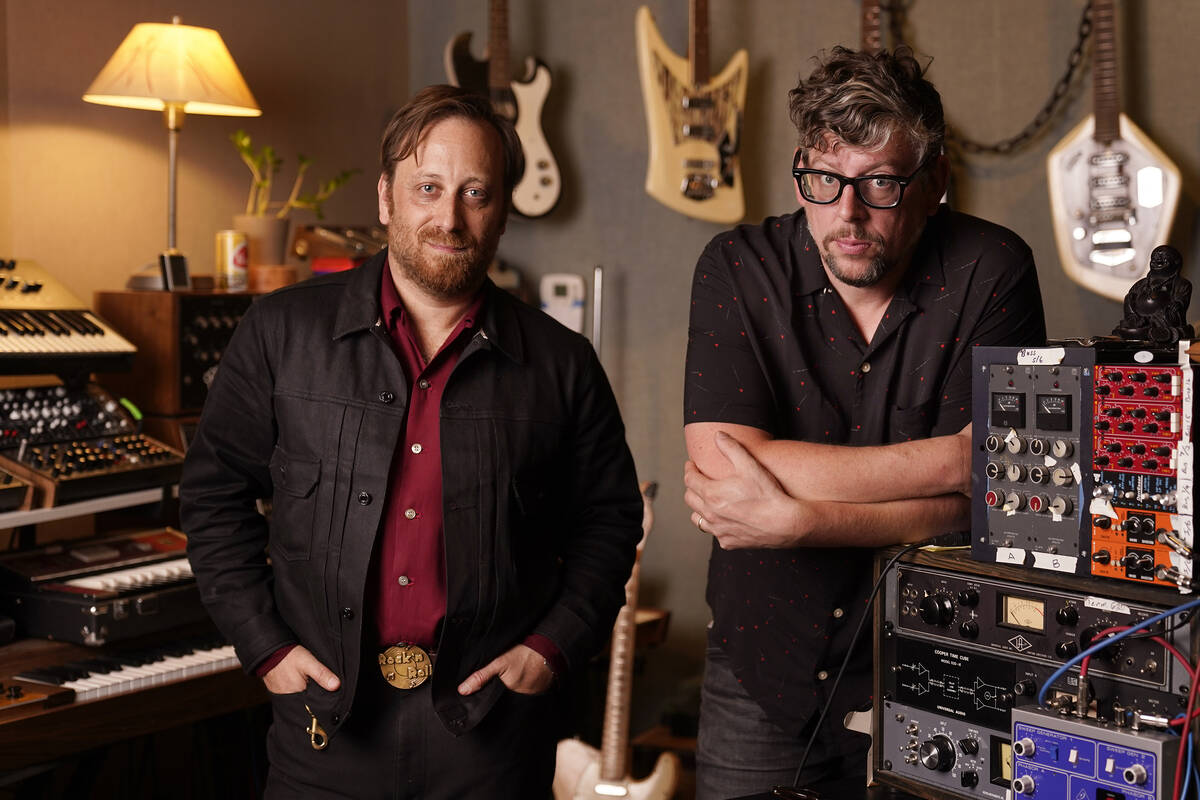 Club44 Records will release a new lyric video for the classic song “42nd Street” from The Sunday Set, Billy Stritch and Jim Caruso’s new album on Tuesday, April 5, and BroadwayWorld has your exclusive first look below!

After launching the label in 2019 with Christmas at Birdland (which Stritch and Caruso recorded with Klea Blackhurst) and following up last year with Billy’s Place, a solo excursion by Stritch, the team now reunites for this new selection of standards. urban, jazz favorites and sly comedy numbers. The album, recorded live at the Birdland Theater, features vocals from Stritch and Caruso, with Stritch on piano and Steve Doyle on bass. Stream or download the album HERE.

Jim Caruso explains, “In February 2019, Billy, Steve and I performed a concert at the Birdland Theatre. The play still had that new nightclub vibe, and we couldn’t wait to christen it with our own brand of musical mayhem. After After nearly a decade of spending the night at Bemelmans Bar at the Carlyle Hotel, it only seemed right to travel a few blocks west for a Sunday errand at our other home away from home. After all , Birdland had been our perch for sixteen years of “Cast Party”, the open mic extravaganza we host. This run has been awesome, like every night I get to sing, harmonize and frolic with Messrs. Stritch and Doyle. Billy and I have been friends for nearly 40 years, and Steve has played every “Cast Party” since 2003. There’s a story there. Rob Polanco, our trusty tech, recorded every show – and I quickly put these pieces in a drawer.”

“Cut to the pandemic,” he continues. “After a few months of hiding under the covers, I remembered the recordings and started listening. They weren’t that bad! Billy agreed, so we sent them to Wayne Haun, the co-founder of Club44 Records and owner of the best ears in the business. He gave the green light to a live recording project, and here we are. Some of my favorite recordings of all time have been from live concerts. They capture a moment in time that lasts forever. The listener is aware of the fun, the atmosphere, and I can feel the excitement of the crowd. You can only imagine how thrilled I am to add The Sunday Set to the pantheon of live recordings.

Billy Stritch adds: “It’s really exciting to have a new release on Club44 Records. Jim and I have worked together for years and both have a long association with Birdland. So it seems fitting that this album was recorded at the Birdland Theatre. It’s such a wonderful, warm space to perform and there’s a very intimate feeling. I think that comes through in this recording. I know Jim and feel very lucky to have such a perfect “base” in New York. Steve Doyle is our amazing bassist and has been with us every Monday night at Cast Party and every Sunday night at Bemelmans Bar – so it’s fitting that he’s on this recording as well. He is our musical anchor.

Wayne Haun of Club44 Records comments “The old adage ‘you can’t make old friends’ is clearly evident when I listen to this album. The chemistry, response and overall musicality between Jim and Billy cannot be taught. Years of experience and a real brotherhood work here.”

Jim Caruso is the host of “Jim Caruso’s Cast Party,” the hugely popular weekly open-mic night that has brought a dash of Broadway glitz and urban spirit to Birdland in New York City every Monday night since 2004. “Cast Party” has been seen at Jazz at Lincoln Center, across the country, and most recently on YouTube as “Pajama Cast Party.” Jim made his Broadway debut alongside Liza Minnelli in Tony Award-winning Liza’s At The Palace!, singing, dancing and celebrating the music and arrangements of Kay Thompson and the Williams Brothers. He’s won six MAC Awards and eight BroadwayWorld Awards for his nightclub work, performed with the New York Pops in a tribute to Kander & Ebb, with Rosemary Clooney celebrating Bing Crosby, and sang the songs of Hope & Crosby with Michael Feinstein at Carnegie. Hall. Jim had the honor of singing with Barbara Cook, Lauren Bacall and a host of Broadway stars at President Clinton’s first State Dinner at the White House. He also books and produces the “Broadway at Birdland” concert series and performs regularly with Billy Stritch at the Bemelmans Bar at the Carlyle Hotel. Jim’s two solo albums, The Swing Set and Caruso Live and In Person, are available online.

Billy Stritch is one of the finest singer-pianists on the New York and national jazz and cabaret scenes. He began his career in Houston, Texas, where he formed the vocal trio Montgomery, Plant and Stritch. The trio performed worldwide from 1983 until their disbandment in 1990. A chance meeting with Liza Minnelli in 1991 led her to be asked to create vocal arrangements for Liza’s record-breaking extravaganza Stepping Out at RadioCity. Billy recently toured with the legendary Tony Bennett, as pianist and musical director. A solo artist in his own right, he has performed his own shows (including tributes to Mel Tormé and Cy Coleman) across the country. Billy is also musical director for top singers such as Marilyn Maye, Linda Lavin, Linda Eder, Christine Ebersole and Paulo Szot. He is the co-writer of the Grammy Award-winning song “Does He Love You”, recorded by Reba McEntire and Linda Davis. The single reached No. 1 on the Billboard Country charts, winning a Grammy Award and selling over five million copies. A new version of the song was released in 2021 by Reba and the legendary Dolly Parton.

Previous Russian-Ukrainian War: What Happened Today (April 3)
Next Get ahead with live performances